First and foremost, I would like to unequivocally state that this ‘conflict’ should not exist at all. As folks who identify as Bisexual we should not try to police someone else’s sexual or gender identity. The same goes for our Pan siblings. We really need to love and respect each other and work together to obtain and maintain a higher profile in the LGBTQIA+ community.

That said, I would like to touch on some differences that are fair to accept and that, in general, Bis and Pans exist under the same sexual identity. In other words, we have more in common than that which divides us.

The definition for my own Bisexuality which  I find most personally accurate is the following: attraction, romantic or sexual, to my own and other genders. For me, it is really as simple as that. Yes, there is fluidity. No, I am not only attracted to only cis women and cis men. I did try to get the Pansexual label to ‘stick’ back in 1975, when I came out, but it just did not have any traction then so I adopted Bi and given how I define my sexuality it works for me. In addition, many of us worked hard to have the B included in the LGBT (later, QIA+) community and I want to respect and revere the work done to have that inclusion. I embrace my Pan siblings as important and valid members of the Bi/Pan continuum and would appreciate the same respect and inclusion from them.

I know this is an ongoing debate but the differences I see are as follows:

What I see as the challenge is that Pans often see Bis as not being open to embrace the continuum of gender. This may have been the case decades ago but I don’t think it is the current situation. At least, I hope not. : )

While both communities are sometimes blinded by their own perspective I am old enough to have a long view and to argue that these minor differences are not major problems in the long run. If we work together we are much more likely to prevail in fighting Bi/Panphobia and Bi/Pan erasure.

I think Bis and Pans have a lot to learn from each other and really, at the end of the day, the language we wish to use to express who we are is important, should be respected and as ‘non monosexuals’ we should see the strength we can have when we work together. 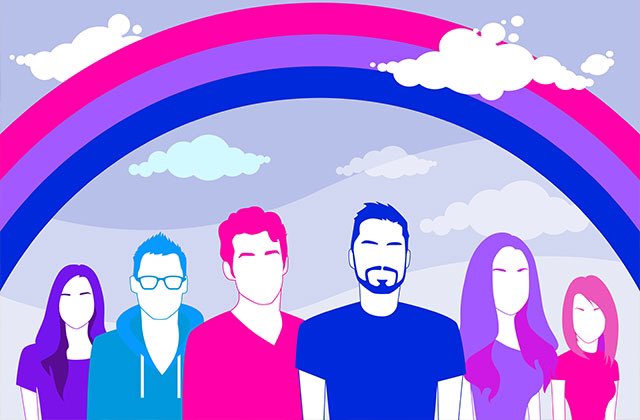