Janelle Monae is Queen. I just wanted to get that out of the way as I have been fangirling all over her since ‘Make Me Feel’ was released. Bisexuals did not need her to ‘spell it out’ for us. We knew exactly what she was saying. However, it was still an amazing revelation to read her real coming-out words from those luscious lips in Rolling Stone magazine. She’s bisexual, she’s pansexual, she’s queer….she is definitely fluid. Just like many of the rest of us in the Bi+ community. Those of us who have been around for a while could not be more chuffed as more high-profile folks come out as Bi+.

Life is far too short to get into the Bi/Pan/Queer debate. I use Bisexual to express my sexuality. I also use the definition (to paraphrase it) indicating I am attracted to folks of my own and other genders. I am awed and amazed by the universe of gender diversity and beauty.  Every single Bi person has the right and the authority to pronounce how they would like to refer to their sexuality. Our language helps us use shorthand to explain who we are. We should use the language which fits us like a glove.

My reasoning for using Bi is to honor the years of activism and the Bi warriors who worked so very hard to place B in the LGBT acronym. We belong within the LGBT community. As a youngun, all those decades ago, I used pansexual to describe myself but it was not ‘sticking’ in the greater community so I made a decision to just do Bi my way.

That said, there is no hierarchy or ‘right way’ to refer to those of us who take shelter under the Bi+ umbrella. Or, to put it differently, the right way is our own unique, particular way. Just so long as we don’t use our own language to divide our community. We are free to live and love as we see fit. Contrary to public opinion, we ‘see’ gender and we celebrate all the diversity of gender expression. Many of are not ‘binary’, in any sense of the word, in the way we express our attraction and affection.

The ‘arch android’ put it best when she said she is open to learning more about herself and her sexuality. I would argue that is how all of us in the Bisexual community should be. Let’s all be ‘free ass mother fuckers’. It is that freedom which is our greatest strength and we should celebrate it. 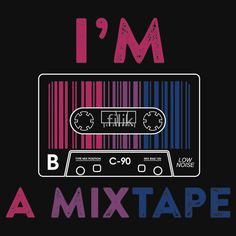