Numbers vary somewhat depending upon which research survey you read about but approximately 32% of transgender folks identify as bisexual. Although, 21% identify as queer and that could include a fair number of bisexuals who just do not use the term. The number of younger trans people who identify as bi/pan is even higher at 36%.

The takeaway from all of these percentages is that the bisexual community is beautifully diverse. Our bi-diversity just adds to our beauty and our strength.

Just to add a bit of history/herstory to the Bi-diversity here are a few folks who were/are #OneOfUs  These folks, and many more, should be common knowledge for all of us. While we are often erased we are here, we are queer and we are the majority of the LGBT community.  Info below from Bi.org and other various internet sources: 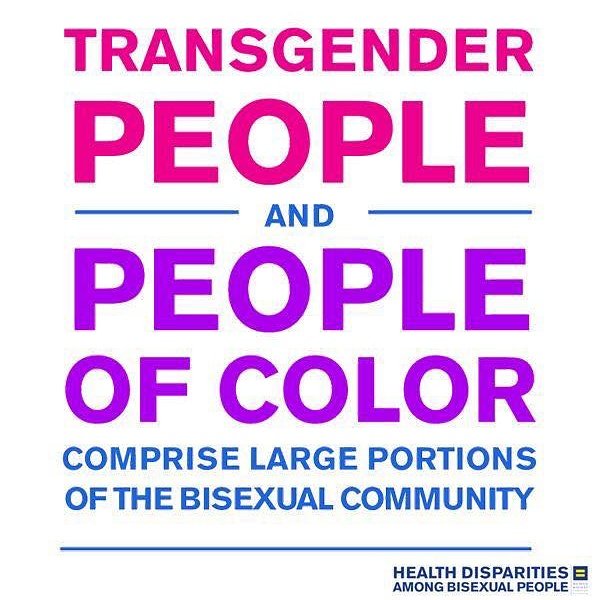