Yep, you guessed it. This is the Bi Haiku edition of the blog. Sometimes, the fewer the words, the larger the message. ❤

First, let’s take a moment to meet Matsuo Basho, the Japanese Haiku master. Basho had relationships with and wrote Haiku about women and men. I could never hold a candle to the beautiful, meaningful, intimate haiku he wrote to his lovers. However, it meant a lot to me years ago, as a budding haiku enthusiast and writer, that Basho was Bi, too. The bisexual history we all share as Bi+ humans is so often erased and to find that glittering jewel and gift is a true and transcendent delight. I digress.

Basho wrote Haiku in the traditional manner. A Haiku is a Japanese poem of seventeen syllables, in three lines of five, seven, and five, traditionally evoking images of the natural world. Nowadays, Haiku have more subject matter but the natural imagery was employed by Basho to express his love and loss and, his bisexuality.

When Basho lost his master and mentor, Sengin, he wrote the following to express his sadness:

The autumn wind howls
through the open sliding door
with a piercing voice.

Later when the first woman he had a relationship with left him he wrote this:

Over the high cloud
Far from a friend, a wild goose
Departs forever!

I have written notebooks full of fairly mediocre Haiku over the decades but doing so has helped me crystallize my emotions and has provided an outlet for my feelings of love, despair, joy, happiness, loneliness, isolation, community and, most importantly, my bisexuality.

I wrote this Haiku almost four decades ago when a woman I loved said she did not feel she could live with a bisexual woman without feeling she was not enough for me, that I would cheat, that I could not be faithful. I was angry, I was sad and I felt so alone.

I know, how dramatic. I was young and I felt I had been treated unfairly but I also knew you cannot create trust and love where it does not exist. Writing Haiku helped me process my emotions so often and for that I am very grateful.

Later, when I found someone who loved my authentic self and had no intention or desire to change me I wrote this one.

Ferns and wildflowers surround us

Writing has always felt like the best therapy for me. I have allowed words to express on paper what was much more difficult to express verbally. As a bisexual person, I have taken solace in words so often.

As I have gotten older and no longer allow pent up emotions to fester I find I don’t write as often but when I do I still feel the same release and redemption. Writing Haiku will always be my literary home and refuge. 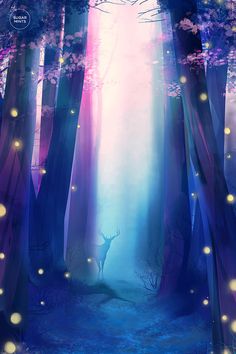